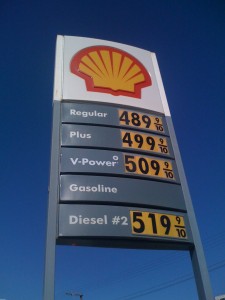 Gas Prices In The US Vary Across States

Anyone who has lived in different states or has ventured on an interstate road trip would know that gas prices vary across states in the country. Very few states have exactly the same gas prices. Some states have much higher gas prices than others. Even within a state, different brands retailing gasoline are likely to charge different rates.

The first major reason why gas prices vary across states is because of the local taxes. Some states levy a higher local tax and that naturally hikes up the gas prices. For example, California charges a tax of 10 cents more than what is taxed in Illinois. This tax rate is per gallon of gas. Illinois itself has a tax which is 25 cents more than the tax in Wyoming. In effect, California charges 35 cents more tax per gallon than what is charged in Wyoming. The tax rates are consequential but they are not the only factor determining the differing gas prices.

Some states have more stringent environmental regulations. This requires drivers to use premium quality refined gasoline or additives that can substantially reduce carbon footprints and other agents of pollution. Such regulations are mostly prevalent and demandingly stringent in metropolises and naturally the more populated and urbanized states have higher gas prices.

The other major factor that drives up gas prices in most states is the aspect of transportation. States in the hinterland are closer to locally available crude oil and they are easily transported to refineries. States on the coast incur higher transportation costs and thus the gas prices shoot up.

Given the economy and realities of gas prices, they would remain to be different across states as they are now and the differences may keep increasing.