Volkswagen and Skoda are two if Europes best selling car brands. But did you know the history of the car brands and that they are part of the same company? 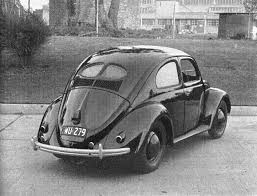 Volkswagen was formed as a state-owned auto-making company in 1937 by the Nationalist Socialist Party (Nazi) headed by Adolf Hitler and was headquartered in Wolfsburg. The brand was created in order to support the German population’s transport needs and named Gesellschaft zur Vorbereitung des Deutschen Volkswagens mbH, but soon after its inception, the name was changed to Volkswagenwerk, which literally translates to People’s Car Company.

Vehicles were very expensive in Germany, so much that only 1 in 50 people owned a car, and they were definitely belonging to the elite class. Volkswagen was founded to break that trend by creating cheap cars affordable for all, and therefore, the services of Ferdinand Porsche were hired to create a car that would cost no more than 1,000 Reichs or $140. Thanks to the thought, the Beetle was born, which we all know as the small-sized rear engine car. The Beetle broke the worldwide production record, previously held by the Model T, by surpassing 15 million units sold.

VW saw several changes in ownership during and after World War 2 that disintegrated the creative aspect of the car models. By 1970, other famous vehicles such as the Rabbit and Golf were introduced to rekindle customers trust in the VW brand, even the Beetle was revived as the New Beetle.

After having considerable success since its inception, by 1960s and later, VW acquired other auto-making companies such as Audi, SEAT, Skoda, Lamborghini, Porsche and other major manufacturers of Europe to become the largest automaker in Europe and one of the largest companies in the world. It was named the VW Group. Although VW itself does not produce many cars, its subsidiaries account for the majority of its sales and it successfully produces the new Beetle and Golf among others. 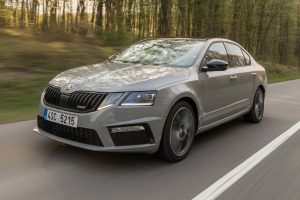 Skoda is a Czech automotive brand that was founded by Laurin and Klement Vaclav in 1895. The company at its inception was named after its creators as Laurin & Klement, however, the name changed in 1925 followed by Skoda Work’s acquisition. The first Skoda vehicle rolled out of the company’s headquarters in 1901 and since then the automotive brand has produced some great vehicles.

In 2000, the conglomerate hungry, VW Group acquired Skoda and the brand was intended to make entry-level vehicles but due to Skoda’s brilliant engineering, the brand reached new heights competing with the likes of top VW models.

You may find Skoda’s focus more toward Western Europe markets but they are evenly spread throughout the world with production in India and China among other countries. There is a large focus toward the Indian markets since it is largely untapped and there is a need for mid-sized affordable sedans for the bourgeois class.

There are 7 vehicles you can buy under the Skoda brand name with plans to introduce more into the fleet. Skoda unveiled many concept models but a majority of them did not see their way through to production lines. The latest concept to impress us is the Skoda Vision X. The SUV shall formally begin rolling out of factories sometime in 2019 and there is a consensus that the Vision X will take the company to new heights.

Although Skoda is known for passenger vehicles, it has successfully created sports cars that compete in world championships across the world. Skoda won the WRC-2 for three consecutive years from 2015 to 2017, even though they recently entered the racing world.